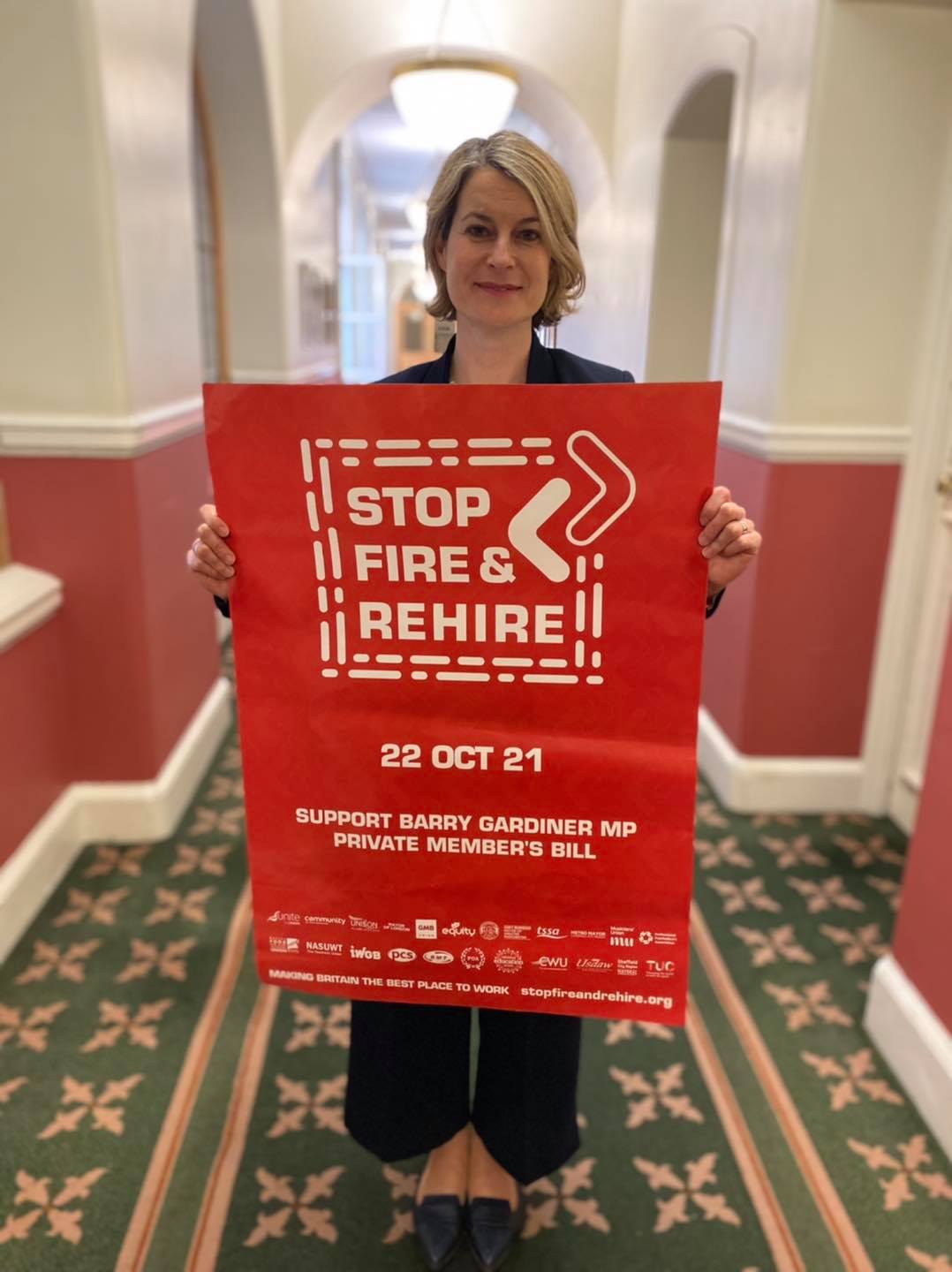 Fire and rehire is when an employer introduces new contracts for staff with lower pay and weaker employment rights and threatens to sack staff who refuse to sign up. It’s a disgraceful practise and it should be illegal.

My colleague Barry Gardiner is introducing a private member’s bill in Parliament today to ban the pernicious practise of fire and rehire. I fully support this bill.

I’m attending the funeral of our much-loved friend Duncan Chapman today so I can’t be in Parliament to vote for the bill, but I have been paired, so my absence won’t affect the result.

I hope the Bill succeeds - if it doesn’t, a Labour government would outlaw fire and rehire, it needs to stop. #stopfireandrehire