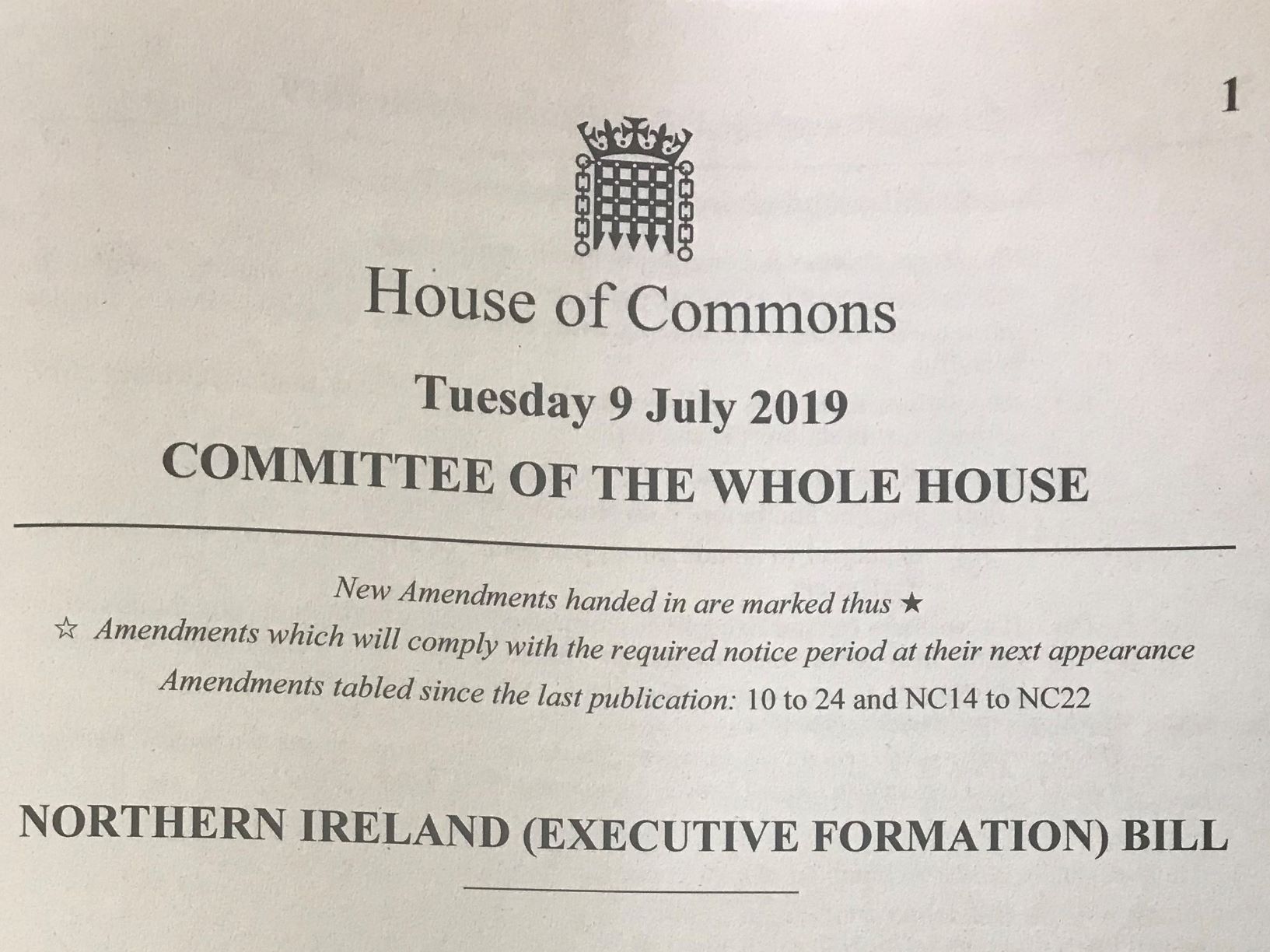 I welcome the formal political talks which have now begun to restore an Executive in Northern Ireland and I hope this process will be successful in re-establishing devolved government as soon as possible. Nevertheless, I believe that the UK government must act on the moral and legal basis of upholding international human rights as set out in our international treaty obligations.

Many constituents have also contacted me regarding amendments tabled by Diana Johnson and Stella Creasy calling on the Government to conduct a review of abortion rights in Northern Ireland. I know that this is a contentious issue with strong feelings on both sides of the debate. It is my strong belief that all women in the UK should have the right to choose a safe, legal abortion and that women in Northern Ireland should have the same rights as those in the rest of the UK. I also believe that women across the UK should not risk criminal prosecution for terminating a pregnancy.

Finally, I have added my names to the amendments tabled by Dominic Grieve. Boris Johnson looks set to become the next Tory leader and Prime Minister and has shamefully discussed proroguing Parliament to force through a no-deal Brexit. This is undemocratic and entirely unacceptable. A no-deal Brexit will have a catastrophic impact on the security and economy of the whole of the UK, but particularly Northern Ireland. The Good Friday Agreement relies heavily on free-flowing cross-border trade facilitated by the EU. We cannot risk the introduction of a hard border in Northern Ireland which would be necessitated by a no-deal Brexit, and would risk threatening the hard won peace which has been enjoyed for the past 30 years.

Dominic Grieve’s amendments oppose this by legally forcing the Government to update Parliament on the progress of talks with the EU regarding the Northern Irish border. This would be in the form of an amendable motion allowing the House of Commons to make clear its opposition to a no-deal Brexit. I have consistently opposed a no-deal Brexit and supported all measures to block this, including the revocation of Article 50. I firmly believe that Brexit must be returned to the British people in a referendum with the option to remain, and I will continue to represent the strongly pro-Remain views of my constituents in Dulwich and West Norwood.