Along with 70 other parliamentarians, I am also supporting legal efforts to prevent Boris Johnson proroguing Parliament to force through a no-deal Brexit. I am pleased that the courts have recognised the urgency of this case and fast tracked the next hearing to 6th September, shortly after Parliament returns. You can read more here.

I believe that no form of Brexit will be better than our current deal as a member of the European Union, and I will continue to call for this decision to be returned to the public in a People's Vote. 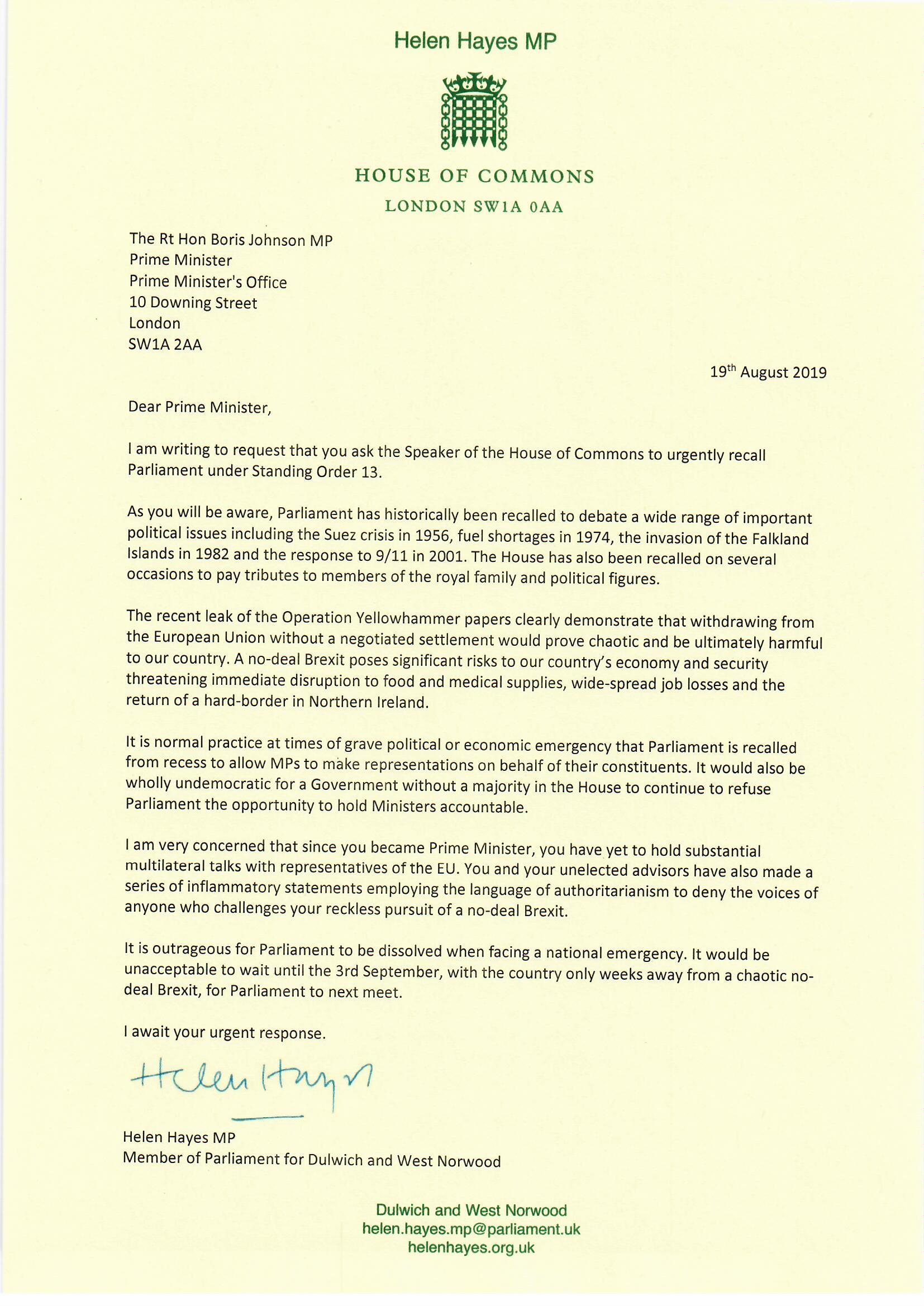