The climate crisis is an existential threat to humanity. Addressing it requires a transformational effort from government and urgent interventions today I commend the young people who are striking for the climate and I have joined school strikers in Brixton demanding action on the climate emergency. I have met with members of Extinction Rebellion and I support the radical reform of our economy to address the climate emergency. I am a member of the Environment Audit Committee which scrutinises the environmental impacts of Government policy. As we emerge from the coronavirus pandemic, the Government must use this opportunity to deliver a green recovery, helping to save our planet and deliver thousands of jobs in green industries.

Last yearIn 2018, the international body for assessing the science on climate change, the Intergovernmental Panel on Climate Change (IPCC), published a report on meeting the Paris agreement goal of limiting global warming to 1.5°C above pre-industrial levels. It found that meeting this goal would lessen the damage of climate change, compared to a rise of 2°C. However, it found that meeting the goal would require rapid and far-reaching change. Importantly, it would mean achieving net zero emissions by around 2050.

The Labour Party recently forced a debate in Parliament to declare a climate emergency. This motion recognised the extensive damage caused to our environment by global emissions, as well as the alarming decline of biodiversity and native species in the UK. This called upon the Government to “increase the ambition of the UK’s climate change targets… to achieve net zero emissions before 2050, and to lay before Parliament urgent proposals to restore the UK’s natural environment and deliver a zero-waste economy. I am pleased that this motion was accepted by Parliament. However, the declaration must be followed by urgent, immediate action – an emergency such as this cannot wait.

The 2021 COP26 summit was a vital opportunity for the Government to build on this declaration and deliver an international agreement on global action to stem climate change. I attended the summit as a member of the Environmental Audit Committee and you can read my blog on my trip here. It is disappointing that the Government’s haphazard preparations and shameful decision to cut international aid fatally undermined momentum towards a deal. I will continue to urge the Government to work with international partners to deliver a comprehensive agreement at COP27 next year.

One simple and effective action would be to require pension funds to divest from the fossil fuel industry, removing a source of major investment into fossil fuel extraction. I have been calling on the Trustees of the Parliamentary pension fund to divest and reinvest the funds into sustainable carbon free energy. The climate emergency demands this change, but it is also the only sensible investment choice to make.

Whilst the Government has failed to take the action needed to tackle climate change, residents of Dulwich and West Norwood have been working hard to reduce our community’s carbon footprint and campaign for the global action needed. Before I was elected as MP, I established the Dulwich and West Norwood Climate Coalition bringing together local people who campaign on climate issues. We run an annual conference in Herne Hill where decision makers, scientists and the local community discuss the climate crisis and the practical actions we can take. At the 2021 conference we organised a petition to the Prime Minister setting out our demands for COP26.

We are lucky to have a strong network of organisations working to fight climate change across Lambeth and Southwark. I regularly support projects by groups like SE24 Sustainable Energy, Repowering London and Loughborough Farm. 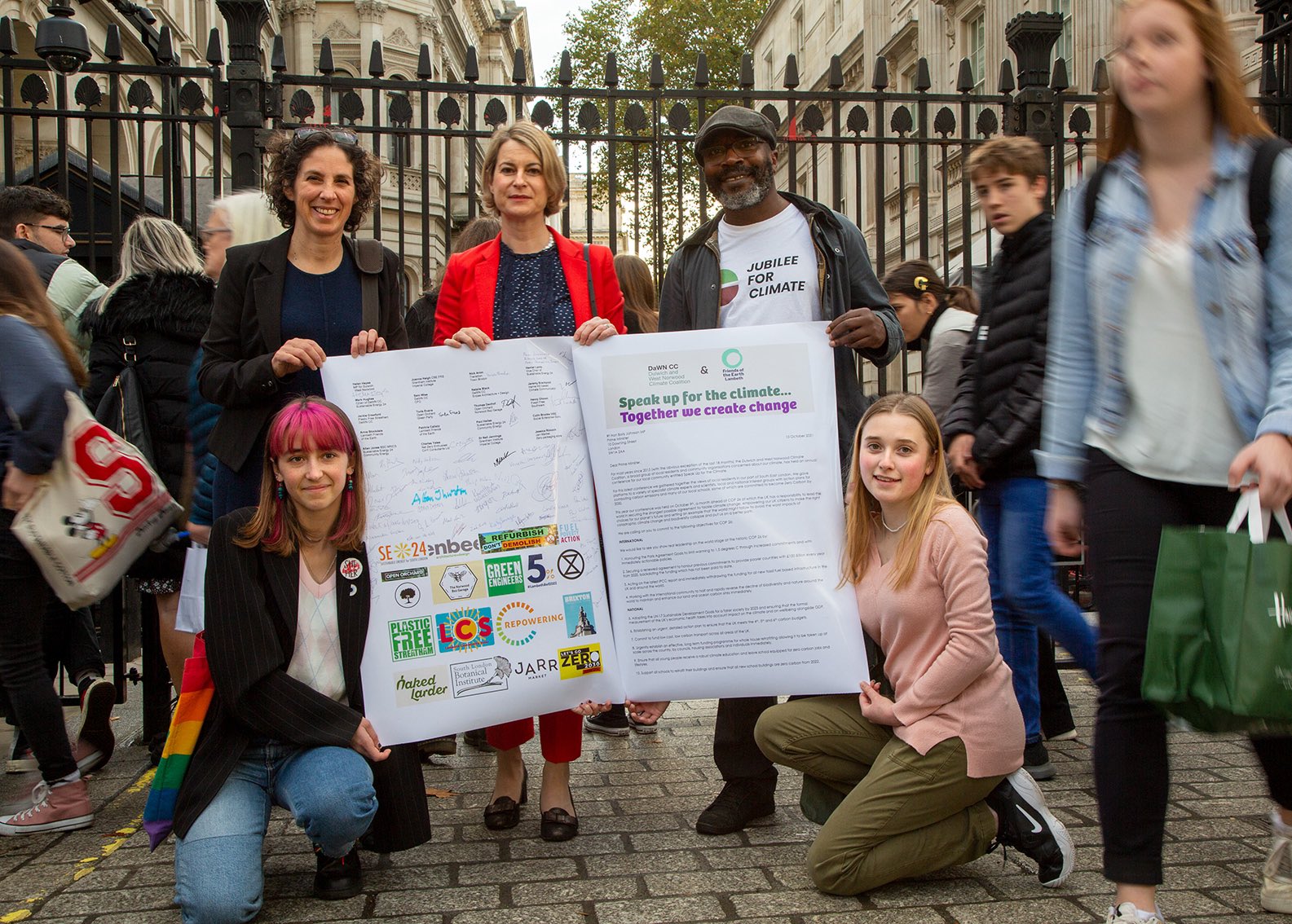 Air pollution is one of the biggest public health and environmental challenges of our time. I am extremely concerned that the UK routinely exceeds legal levels of air pollution, and I agree that urgent action is necessary to address this issue.

Illegal air quality is impacting the health of millions of people across the country, including children. Between 40,000 and 50,000 deaths in the UK each year are attributable to air pollution and research by the World Health Organization has shown it affects children in uniquely damaging ways - from low birth weight to poor neurodevelopment. This public health emergency must be tackled with the urgency, leadership and seriousness it so desperately needs.

The Tories have been found by the courts to be in breach of the law in their approach to air pollution. Instead of investing to deliver a comprehensive approach to combat air pollution, disgracefully they chose instead to spend public money appealing the court decision. I regularly raise this issue in Parliament and have long been calling on the Government to invest in schemes to increase the use of public transport and improve air quality. I have also been campaigning locally with groups including Mums for Lungs and local schools.