In October, Cineworld announced that all of its Picturehouse cinemas, including three sites in Dulwich and West Norwood, were to close indefinitely. Staff were offered an impossible choice between redundancy or unpaid leave whilst others resigned in order to be able to reclaim unpaid holiday leave. This left them facing months without pay or looking for a new job in the middle of a further lockdown. I wrote to Cineworld at the time to oppose this decision and have been in regular contact with unions representing staff. I am dismayed to hear that, whilst staff on unpaid leave will be furloughed, Cineworld is refusing to rehire & furlough staff who were made redundant prior to the extension of the furlough scheme denying them vital support. I have written again to the Chief Executive of Cineworld to urge him to reconsider >> 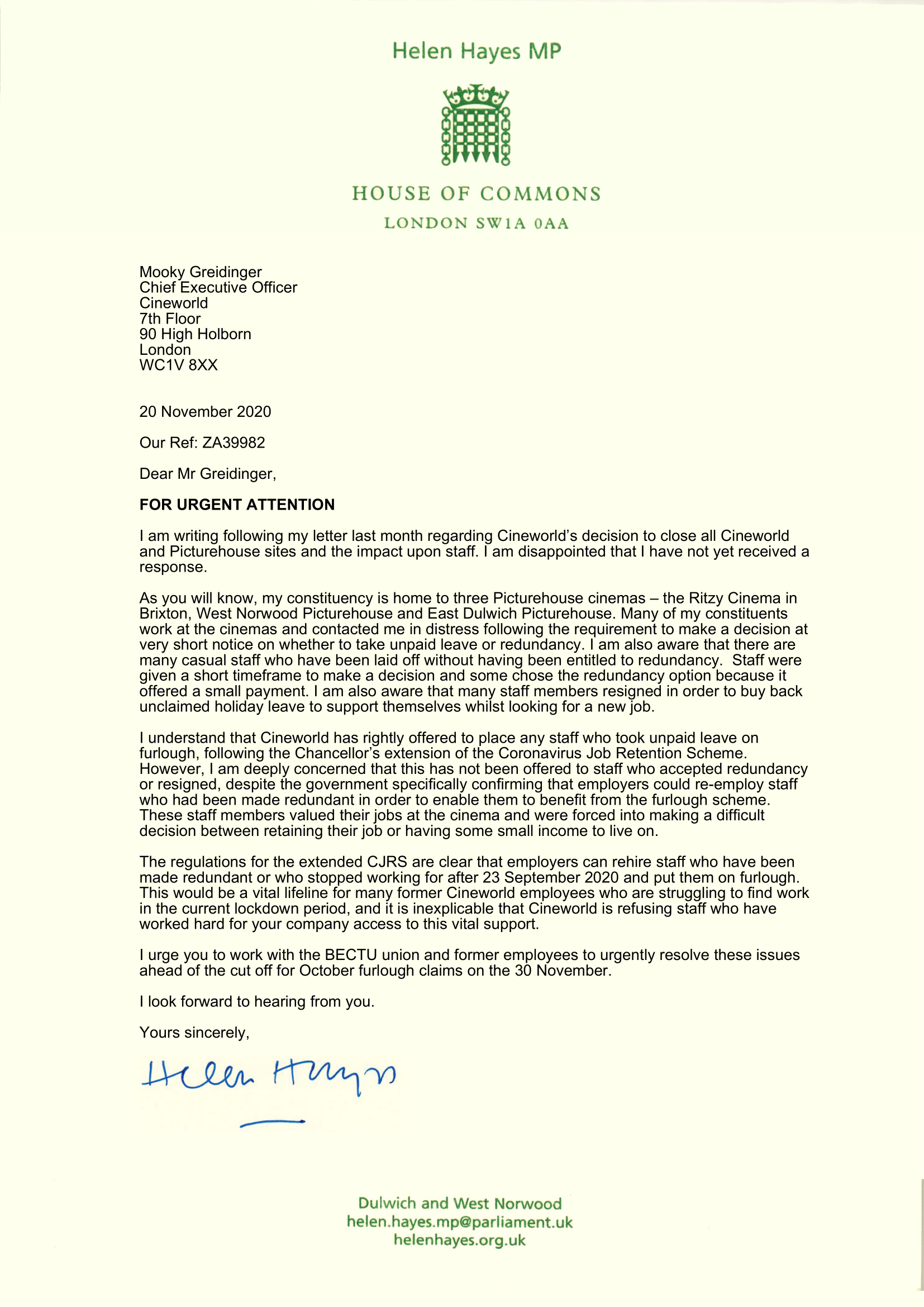