The coronavirus pandemic has led to a dramatic rise in the number of people facing unemployment and financial hardship. Throughout the pandemic, I have been working hard to support constituents and to press the Government to ensure everyone is supported. Even before the pandemic hit a staggering 1.5 million families were reliant on food banks and over four million children were living in poverty. None of this was inevitable and is the shameful outcome of political decisions by the Conservatives and the Lib-Dems cutting billions from working age benefits since 2010. At my weekly advice surgery, I have seen first-hand the devastating effects these cuts have had on my constituents and the urgent need for investment in a welfare system which is a genuine safety net to lift people out of poverty.

The Government’s aims for Universal Credit were to reduce child poverty by 350,000 and to simplify the social security system and ensure work always pays. It is undeniable that it has failed to deliver these aims and that Universal Credit is causing real suffering across Dulwich and West Norwood and the rest of the UK.

I have seen the particularly appalling impacts of Universal Credit on people living with mental ill health. The process of managed migration, requiring claimants to complete online applications and attend face-to-face interviews to a strict deadline, is impossible to navigate for people whose anxiety and depression may make it hard for them to open letters and manage correspondence. It has led to many people being at risk of losing their income entirely and facing homelessness. The current draft regulations for managed migration provide few safeguards. The proposed transitional protection excludes some of the most vulnerable people, living in temporary or supported housing, and cannot be accessed by claimants who miss the initial deadline.

Universal Credit has also had a harmful impact on the victims of domestic abuse. Universal Credit is currently paid directly into the bank account of one member of the household, and usually the member in regular work. This forces women who work fewer hours to care for children or family members into financial dependence, increasing the risk of financial abuse and harming their ability to escape from an abusive relationship.

The £20 uplift in Universal Credit at the start of the pandemic was welcome support for many of my constituents. However, the Government refused to extend this vital support to those on legacy benefits, including many disabled people, and cruelly withdrew even this small increase earlier this year.

The Labour Party is committed to immediate action to mitigate the damage caused by Universal Credit, and then to introduce a replacement programme which will treat every claimant with respect and dignity. 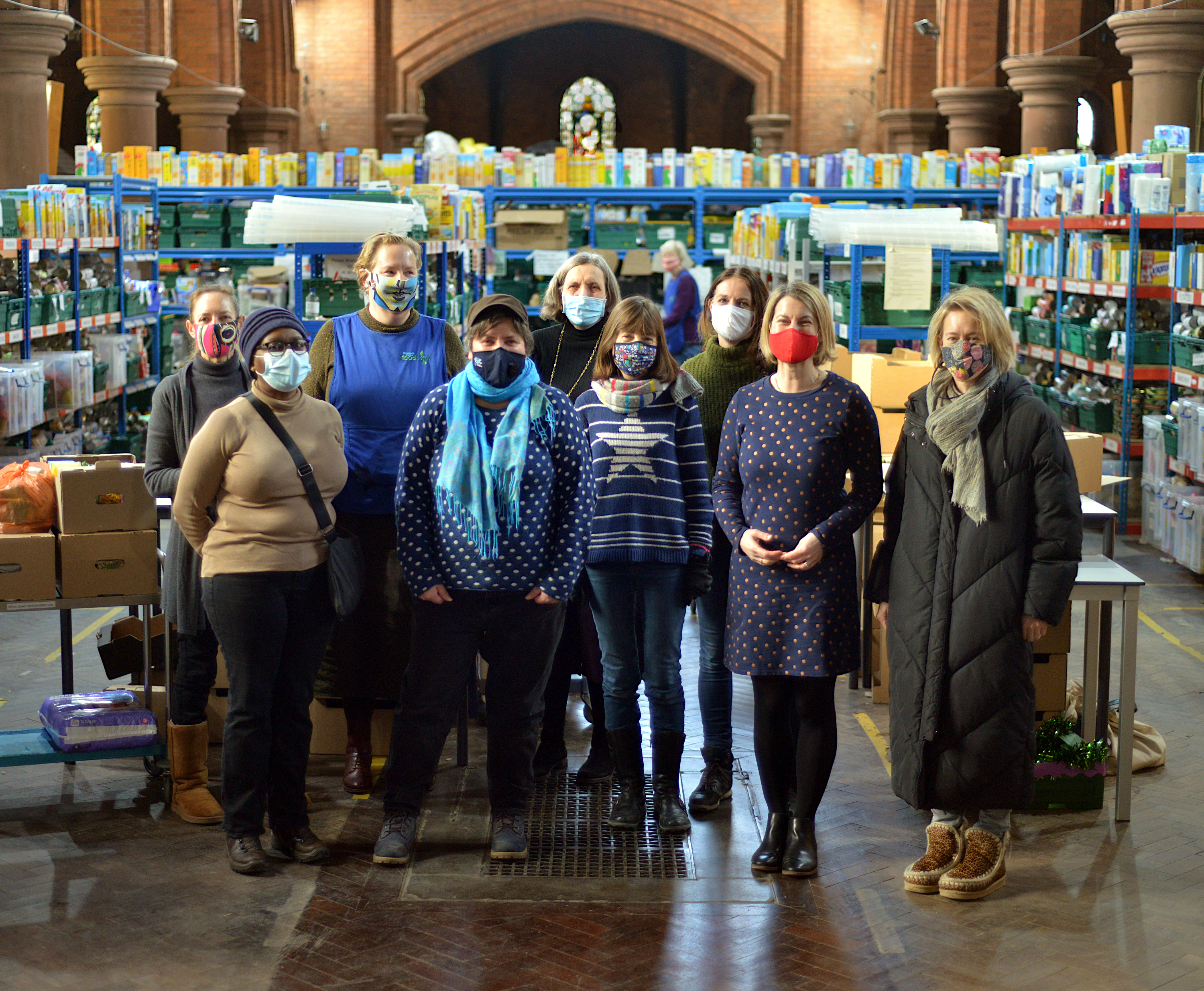 Since the introduction of Universal Credit in 2013, the Trussell Trust has seen a yearly increase in food bank usage, with the largest increase in the past year amidst the pandemic. It is unacceptable that families are being driven into poverty and destitution, and it is clear that Universal Credit needs an urgent increase in funding in the short term and to be replaced by a different, more humane system in the longer term.

Dulwich and West Norwood is served by a range of great local organisations, including the Norwood and Brixton Foodbank and the Community Shop Lambeth which supports residents on low incomes. The foodbank relies on volunteers and on donations from local people. I regularly visit and donate to the foodbank and support them in Parliament. Before the pandemic, I wrote to the then Secretary of State for Work and Pensions on behalf of local food banks to raise concerns at the impact of Universal Credit on food poverty. Shockingly the Tories have refused to act.

Too many workers across the country are trapped in the low paid jobs without guaranteed working hours or full employment rights. The poor employment practices of companies like Deliveroo and Uber are well-known but shockingly recent cases have shown that publicly funded institutions have been acting similarly. In 2017, 27 educators at the National Gallery lost their jobs without redundancy due to the Gallery deeming their status to be that of “freelance” workers. The gallery workers – several with decades of service in the education department of the National Gallery, making the Gallery’s treasures accessible to school children and members of the public – took their employer to an employment tribunal, and earlier this year they won. The tribunal found that they had the status of ‘workers’.

I supported the NG27 throughout their battle for justice. I have written on their behalf to the Secretary of State for Digital, Culture, Media and Sport. I am pleased that their legal action was successful, but I am concerned about the wider implications of this case for employees in the culture sector and am continuing to call for a wider inquiry within Parliament.