The islands that make up the UK have been formed and sustained from people moving here from all across the globe throughout their history.  Migration has shaped and enriched British life and our communities.  However, since 2010, the Tories have created an ever-more hostile environment for migrants living in the UK. This shameful regime has fuelled division in our country and resulted in the past year in the exposure of the Windrush scandal which has destroyed the lives and livelihoods of many members of our community in Dulwich and West Norwood, who came here as British citizens from the Commonwealth at the invitation of the British government.  In my work locally, I have seen the misery caused by the Tories’ immigration system, and I have worked to support hundreds of residents with immigration matters since 2015. 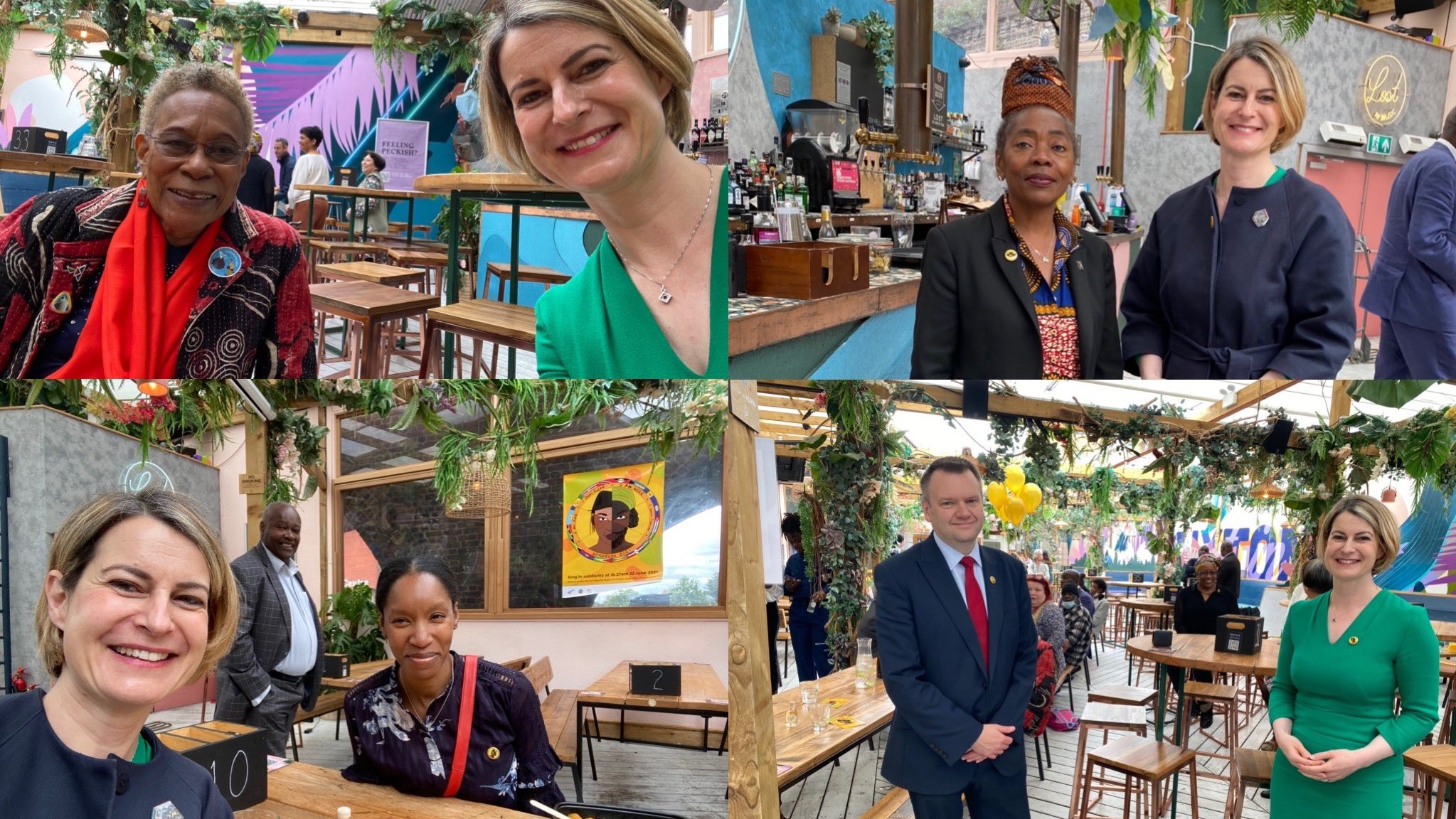 When Commonwealth citizens were invited to the UK in the 1960s, many chose to settle in Brixton and the surrounding area. For decades now, the Windrush generation have been at the heart of our community, rightly celebrated in the naming of Windrush Square. The Windrush scandal devastated the lives of many of my constituents, with many losing out on pensions, welfare benefits, NHS treatment and the right to work, as well as suffering the trauma and indignity of feeling rejected by a country to which they had contributed so much.

I have supported many Windrush Citizens at my advice surgeries, fighting for their rights to be in this country as citizens and to play an active role in every aspect of community life and raising this issue in Parliament at every opportunity. I am currently working to support constituents applying for the Windrush compensation scheme and continuing to raise my ongoing concerns about the difficulties they still face.

The UK has a proud history of welcoming refugees fleeing to safety from war and persecution. We are now faced with a refugee crisis unprecedented since the Second World War and we must urgently do more to support refugees across the world. Due to conflict and political crisis, Europe has seen a rise in the numbers of vulnerable people and families seeking asylum, and climate change means that this crisis is likely to deepen in coming decades. However, the UK Government has shamefully continued to refuse to increase the numbers of refugee accepted into the UK.

I have visited the charity Help Refugees in Calais and seen the shocking conditions in which many refugees are forced to live just a three hour drive from our community. Asylum seekers in Calais regularly experience brutal and inhumane treatment by French police with little support for education, housing or healthcare. And while the British government is funding security measures throughout northern France, there is no provision for people who wish to travel to the UK to apply for permission to do so, leaving many refugees with family connections in the UK trapped in France in limbo or forced into dangerous journeys. I have long been calling on the Government to reopen safe and legal routes for refugees to apply for resettlement in the UK. This is essential to prevent further tragic deaths in the Channel.

I am also concerned that the Government continues to deny its obligations under the Dubs amendment – section 67 of the Immigration Act 2016. This committed the Government to accepting 3000 unaccompanied child refugees. However, shamefully just 480 children have been resettled in the UK leaving many struggling to escape from unimaginable conditions. I have been calling on the Government to increase its commitment urgently. 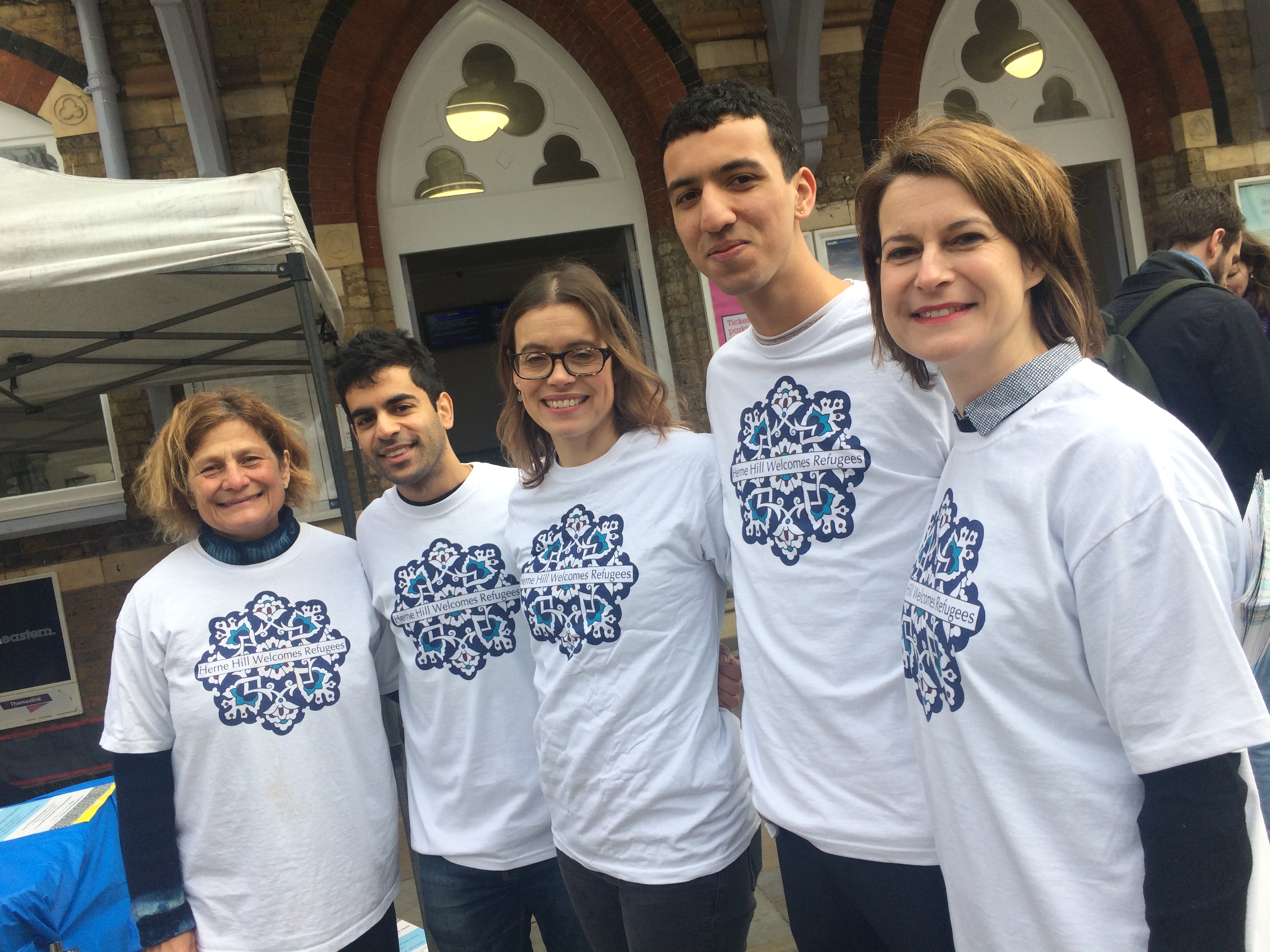 I am working closely with Citizens UK, a charity which supports community sponsorship, to raise the important work of these groups in Parliament. I have raised the delays in administering the scheme through correspondence to the Government and Early Day Motions. I have also recently hosted an event for Citizen’s UK and Community Sponsorship groups to engage with MPs about the scheme. I am hugely proud of the work of Herne Hill Welcomes Refugees who recently resettled a second refugee family in our area.

Once refugees are resettled in the UK, they often face difficulties with accommodation and a lack of meaningful support from Government. Accommodation for asylum seekers is often poorly maintained by private companies, overcrowded with poor hygiene standards and limited access to support including health and mental health support for people who have often lived through the most harrowing experiences prior to their arrival in the UK. I have raised the conditions at Barry House in my constituency in Parliament and called on the then Immigration Minister to urgently intervene to improve this situation.

I am particularly concerned about the absence of meaningful support for young, and often unaccompanied asylum seekers. I have been campaigning with Refugee Rights Europe calling on the Government to fund a Youth Welfare Officer in all government-funded asylum accommodation in the UK. This will make sure that correct safeguarding procedures are followed and provide young people with one to one support they need to flourish. We have recently delivered a letter, signed by Parliamentarians and others with an interest in this issue and I have raised this directly with the Home Secretary. You can learn more about this important proposal here.

The immigration detention system is one of the most extreme manifestations of Theresa May’s hostile environment policy, separating parents from children, and incarcerating indefinitely people who present no risk to the public. Labour has promised to close Yarl’s Wood and use the money saved to invest in support for survivors of modern slavery, trafficking and domestic violence. I am a member of the APPG for Immigration Detention.

Recent reports have revealed that the Home Office has shamefully placed more than 500 people who were identified victims of modern slavery in immigration detention. It is completely unacceptable for anyone to be held in the appalling conditions found in detention centres, like Yarl’s Wood, but especially innocent women who have been victims of exploitation and trafficking. I recently spoke in an urgent question, condemning the shocking conditions of these centres and calling for urgent and radical reform.