The Labour Party has a proud history of advancing the rights of women, Black, Asian and minority ethnic people and LGBT+ people, including the Race Relations Act in 1965, the legalisation of abortion and homosexuality in 1967, the Equal Pay Act in 1970, the Sex Discrimination Act in 1995, the repeal of Section 28 in 2003 and the introduction of Civil Partnerships in 2006. In the past few years, we have seen a shocking rise in far-right activism and hate crimes alongside the Conservative’s ideological programme of austerity which have disproportionately fallen on women and minority groups. The shocking roll back of rights and equalities legislation across the world demonstrates that there is no room for complacency on equalities. I am fully committed to campaigning for further progress towards equality and against the erosion of rights and protections we currently face. 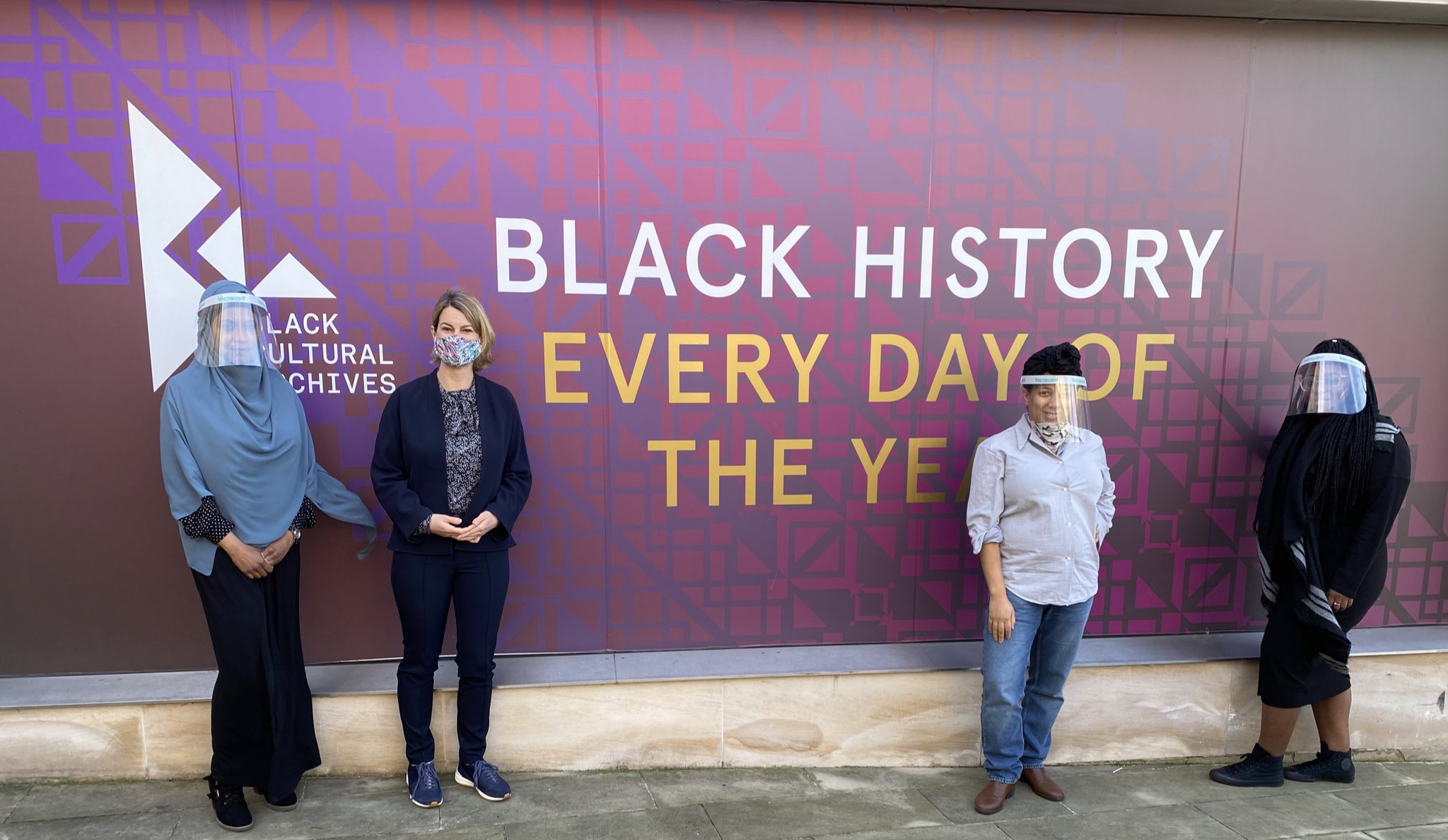 I am proud to represent one of the most diverse constituencies in the country, and I firmly believe that the strength of our area lies in its diversity. Since my election I have seen the damage the Tories’ hostile environment has had on our community, and particularly member of the Windrush generation. I have worked hard to support constituents affected and call for urgent action in Parliament. You can read more about my work on Windrush here.

The Black Lives Matter movement, and last summer’s protests following the horrific murder of George Floyd in the US, is a powerful call for widespread reforms to build a more equal society. I supported action at the time to ban the export of riot control equipment to the US, and to support protestors here in the UK. In Parliament, I have been calling on the Government to implement the recommendations of the Lammy Review to address racism within the criminal justice system.

I have long been working with several charities on projects to diversify the national curriculum, and ensure that all children feel represented in the history they learn at school. Research by the Runnymede Trust demonstrates that the history curriculum taught in our schools, focuses predominantly on a narrow selection of key moments in history rather than a broader inclusive approach.

This has not only led to a low uptake of history at A-level and degree level among BAME students, but deprives all students of learning about the important role of migration in shaping our country and the influence of communities from across the globe who have come to make their home on these islands. From the Viking and Roman invaders, to Irish migrants fleeing starvation during the potato famine, to French Protestant Huguenots fleeing persecution, to the Windrush Generation coming to help rebuild the UK after the Second World War, the history of the UK is a history of migration. Using migration as a prism for the teaching of history allows each of us, on an equal basis, wherever our ancestors originated, to locate ourselves within it.

Working with the Runnymede Trust, I have been calling on the Government to reform the history curriculum so that every child can find their story in the history taught in our schools. Locally, I have supported young people from the Advocacy Academy in protesting outside the Department for Education and writing to the Secretary of State for Education to demand curriculum reform, and I am also working with Book Love and the Black Curriculum to help equip our local schools to teach history in an inclusive way.

Alongside creating a diverse curriculum, we must also protect cultural spaces which document and illustrate the histories of BAME communities. I have been working closely with the Black Cultural Archives (BCA) in Brixton to secure funding and their long-term future. The BCA is the only national institution in Britain dedicated to collecting, preserving and celebrating the history of black people in the UK.

Shockingly, 97% of women have experienced harassment in our streets and public spaces, cases of domestic abuse have risen dramatically in lockdown, convictions for rape are at a historic low, and analysis suggests that a woman is killed by a man on average every three days. It is clear that urgent action is needed to ensure women are protected and to address the root causes of male violence.

I am supporting efforts in Parliament to make misogyny a hate crime. This will force police departments to accurately record reports and treat these seriously. I am also supporting legislation to outlaw kerb crawling to prevent men from harassing women from their cars. However, alongside any new legislation the Government must look at wider reforms. This must include statutory training in misogyny and gendered violence for all police officers and steps to ensure children and young people are educated in these issues.

I am proud to have supported the legislative effort to bring access to abortion to Northern Ireland. I fully support the right of every woman to choose whether she wishes to continue with a pregnancy, and to have the right to a safe, legal termination if she does not. I also support the protection of access to clinics and secure funding for clinics. I added my name to both Stella Creasy and Diana Johnson’s amendments, and I am delighted that these were overwhelmingly passed by Parliament. I will continue to closely follow the implementation of this bill to ensure the Government adheres to its commitments.

I am a supporter of the campaign to end period poverty, including the CWU campaign to make period products free. I welcome the Government’s move to introduce free sanitary products to all schools, however I believe this should be extended to all workplaces and public buildings. I supported attempts to reform Parliamentary procedure to allow baby leave and proxy voting for Members of Parliament. This is crucial to making politics more accessible and welcoming for young women.

We must also work to address the impact that nine years of austerity has had on women. I am concerned about the impact of universal credit on women, and particularly victims of domestic abuse, and have called for the introduction of routine split payments. Research has also shown that women are particularly vulnerable to the housing market and are more likely to require larger properties to accommodate families.

Recent years have seen a stark increase in horrific attacks against LGBT+ people and protests outside schools attempting to intimidate teachers and prevent students accessing much needed relationships and sex education. I support the introduction of updated RSE guidelines and believe this must sit as part of a whole-school approach embedded across the curriculum with well-trained staff. The Government must now ensure schools have the resources to deliver this.

It has been almost three years since the Government published its LGBT Action Plan, but shamefully many of its important reforms have yet to be implemented. This includes the urgent need to ban conversion therapy for sexual and gender identity. The Government's LGBT survey also found that many trans people want legal recognition of their gender identity, but found the current process too bureaucratic, expensive and intrusive. I believe that both the Gender Recognition Act 2004 and Equality Act 2010 should be reformed to ensure they protect trans people. Finally, the plan promised action to address inequalities such as higher levels of mental ill health and homelessness for LGBT+ people. The Government must end this delay and bring forward these much-needed reforms. I was pleased to support the recent extension of equal marriage to Northern Ireland under the amendment tabled by Conor McGinn MP. I will continue to press for residents in Northern Ireland to have marriage equality along with residents everywhere else in the United Kingdom.

I have been working with local healthcare providers and in Parliament to campaign for increased access to PrEP to anyone at risk of HIV infection. The Government must deliver a fully-funded programme to roll out the treatment to all high-risk groups to help reduce HIV infection. The Labour Party has committed to introducing specialist training for all frontline health and social care staff to understand and meet the needs of LGBT patients.