Since 2010, the Tory and Liberal Democrat-led governments have failed appallingly on housing and homelessness. They slashed the capital budget for social housing by two thirds, made the term affordable housing meaningless by changing the definition to include  homes with rents up to 80% of market value, introduced the planning viability assessment that has allowed developers to wriggle out of their responsibilities to help fund social housing as part of new developments, and have failed to ensure that enough new genuinely affordable homes are built to tackle the housing crisis. In my work as a member of the Housing Communities and Local Government (HCLG) Select Committee, I have closely scrutinised the Tories’ disastrous approach to the housing crisis throughout my time in Parliament. It is testament to the Tories’ and Lib Dems’ utter complacency on the housing crisis that they have appointed no fewer than nine housing ministers in as many years.

At the root of the Housing Crisis is the loss of government funding for urgently-needed homes for social rent. Since 2010, there has been a 96% decrease in new Government funded homes completed for social rent. This is alongside the sell-off of a significant proportion of social homes through the right-to-buy scheme after the Tories and Lib Dems increased the subsidy for right to buy to £100,000. With one million people on council waiting lists, urgent action is desperately needed. Labour has committed to building one million new genuinely affordable homes, which would include the biggest council house building programme for nearly 40 years.

Earlier this year, I introduced the Planning (Affordable Housing and Land Compensation Bill) to Parliament. You can read more about the bill below. The Bill aims to reform our current land value system to enable local councils to be able to afford to purchase the land necessary to build the social housing we desperately need. The HCLG Select Committee will soon be undertaking an enquiry into the long-term delivery of social and affordable rented housing. You can read more about this and submit written evidence here

In 2019, I introduced a Ten Minute Rule Bill – called the Planning (Affordable Housing and Land Compensation) Bill - in the House of Commons. The Bill aims to ensure that the planning system is able to deliver the outcomes communities urgently need, especially genuinely affordable social housing, by closing important planning loopholes. It is supported by Shelter, the Town and Country Planning Association (TCPA), and a cross party group of MPs.

My Bill would replace the broken definition of affordable housing with a definition related to income and limit the scope of ‘hope value’ and make land more affordable for Councils to buy land to build social housing. 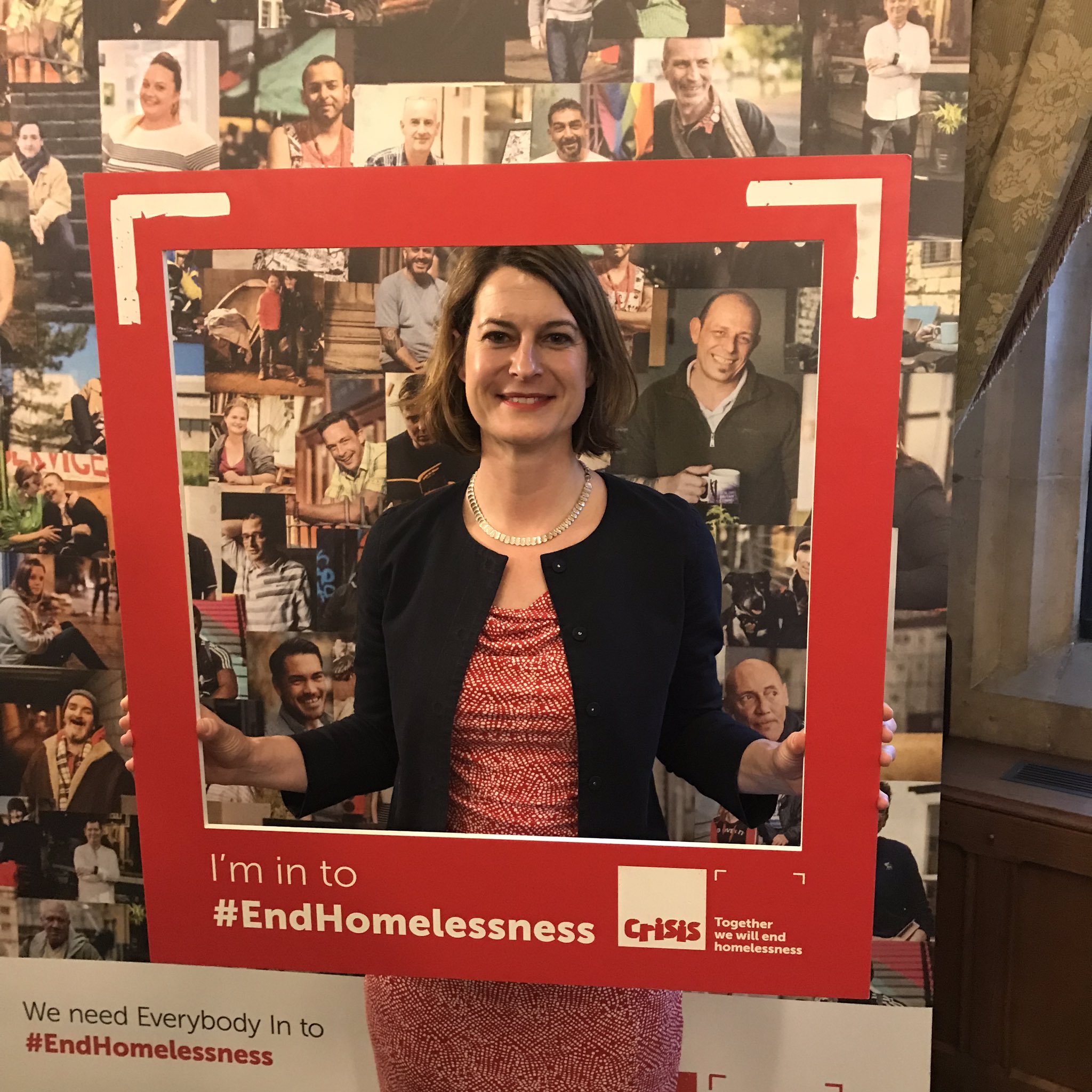 Since 2010 there has been a 165% rise in homelessness across the country. Across Lambeth and Southwark there has been an appalling 197% rise in rough sleeping. However, these figures do not begin to reflect the true scale of homelessness and drastically underestimate the number of hidden homeless people forced to sleeping in cars, sofa-surfing or living in overcrowded and precarious conditions with family or friends.

I co-sponsored the Homelessness Reduction Act which introduced a new legal obligation on all local authorities to provide early intervention to prevent residents becoming homeless. The act also increased the period local authorities must work with those at risk of homelessness to 56 days from 28 days and introduced personalised homelessness prevention plans. I am pleased that the Government accepted this bill and these important reforms are now law, though there remain some serious problems with the lack of funding from the government to enable councils to implement them.

However, homelessness continues to rise across the country. I have been calling on the Government to increase local authority funding so that they can meaningfully implement the Homeless Reduction Act, both in the Chamber and in the HCLG Committee meetings. I have also been calling for a drastic increase in the provision of social housing to provide high quality homes for at risk groups, including older people, who are increasingly being priced out of the Private Rented Sector. I am also concerned that the Government’s Rough Sleeping Strategy and Rough Sleeping Initiative are not ambitious and have focused on playing with statistics to underestimate the true numbers of rough sleepers.

This is a problem which could be tackled with political will and leadership from the Government. During the first wave of the pandemic, local councils across London successfully sheltered rough sleepers in temporary accommodation with access to essential support services. It is shameful that the Government have refused to provide the funding for this to continue.

In 2016, the Tories introduced the Housing and Planning Bill, a wide ranging, pernicious piece of legislation which forced Councils to sell high value Council homes to fund the right to buy for housing association tenants, introduced a pay to stay policy forcing Council tenants to pay higher rents for earning more, and scrapped lifetime tenancies, while introducing starter homes – at up to £450,000 within the definition of so-called ‘affordable’ housing.

I spoke against this Bill more than any other backbench MP, sat on the public bill committee to challenge the government line by line, and joined constituents, local councillors and housing activists in protesting against it.

It is becoming increasingly apparent that the current use of leaseholds to sell homes places buyers at unnecessary risk. I understand the many serious issues faced by leaseholders, including excessive service and administrative charges, freeholders who prohibit leaseholders’ Right to Manage and a widespread lack of transparency.

I previously sat on the Housing, Communities and Local Government Committee during the Committee’s inquiry into leasehold reform. The Inquiry received evidence from a large number of leaseholders facing very difficult circumstances which has informed. You can find out more about this inquiry here.I have also been supporting efforts to amend the Fire Safety Bill to protect leaseholders from the costs of cladding repairs, and to end the scandal of leaseholders being trapped in unsafe and unsellable homes.

In 2017, the Government announced that the Local Housing Allowance Cap would be extended to providers of supported housing. The cap would not have accounted for the additional costs of running supported housing and would have led to the widespread closure of specialist housing facilities for vulnerable groups including victims of domestic abuse, the elderly and adults with learning difficulties. In response, I proposed and co-chaired a joint enquiry between the Housing, Communities and Local Government Select Committee and the Work and Pensions Select Committee. This led to the further revelation that the Government intended to no longer fund ‘short-term’ supported housing through the welfare system. Even before the introduction of these reforms, many providers of supported housing began to cancel plans to expand housing and to downsize existing provision.

Our final report condemned this plan and called on the Government to urgently review the potential consequences. Following two years of pressure from myself and my Labour colleagues, the Government ultimately u-turned and committed to continuing to fund supported housing through housing benefit. However, the two years of uncertainty this produced for vulnerable people across the country is unforgivable.